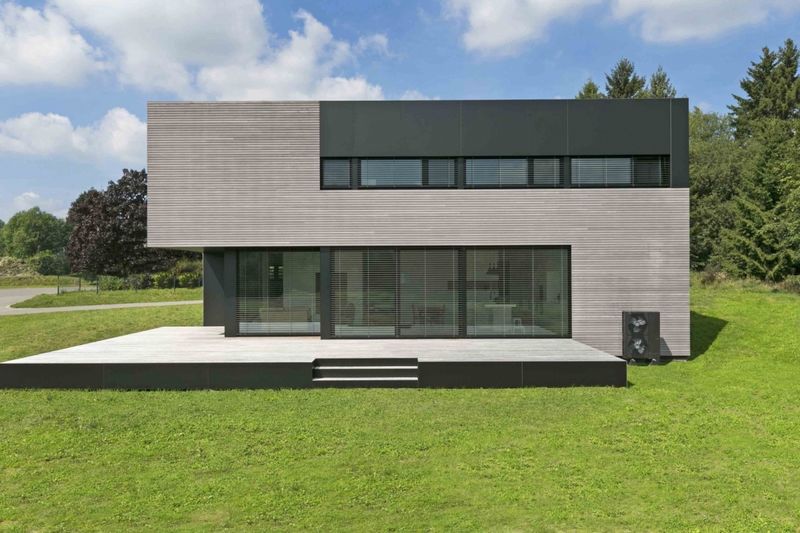 'Habitation Lecoq' Features a Wood Facade That Looks Like Concrete

Joey Haar — March 9, 2018 — Art & Design
References: archdaily
Share on Facebook Share on Twitter Share on LinkedIn Share on Pinterest
Wood is often a material used for traditional buildings (or those looking to emulate a traditional design), but 'Habitation Lecoq' uses the natural material in a unique and modern way. Rather than having the wood signify age, naturality, and tradition, Habitation Lecoq's facade is covered in dyed larch that looks almost like concrete.

The concrete appearance of the house in Belgium is only furthered by its form as a whole. With a rigidly boxy layout consisting of two overlapping volumes, the home is typical of what one might expect from a modernist, concrete abode, taking clear cues from the gestures of Brutalism. However, the use of wood cleverly upends the core principle of that architectural style, making Habitation Lecoq a statement about aesthetics as much as it is a place for living.