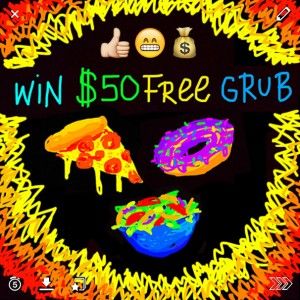 Meghan Young — May 22, 2015 — Lifestyle
References: grubhub & reelseo
Real SEO argues that the GrubHub Snapchat is a prime example of how a company uses this particular social media platform better than any other brand. As written on its site, "It sends its customers special updates and deals, often exclusive to Snapchat, which keep fans not only engaged, but inspired to spread the word about this service."

In addition to enhancing its restaurant delivery service, the GrubHub Snapchat has been used as a platform to recruit a social media-savvy intern. This helps create an even deeper connection with its audience while attracting new users. In the end, Real SEO observes, "GrubHub is a great example of using one social media outlet to promote another, as their deals are often teased through Twitter, but require Snapchat to snag them."
2.2
Score
Popularity
Activity
Freshness