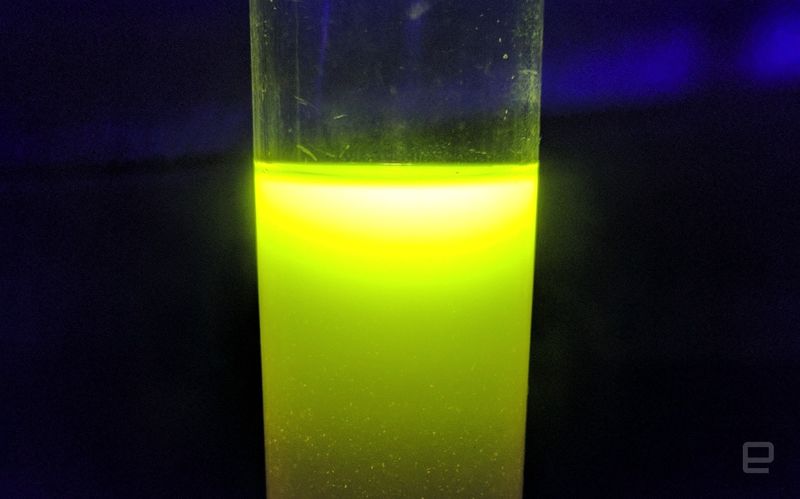 This Green Glowing Beer Was Made with Genetically Modified Yeast

Ellen Smith — June 1, 2017 — Tech
References: engadget & engadget
Share on Facebook Share on Twitter Share on LinkedIn Share on Pinterest
Using a DIY gene editing kit, researcher and beer enthusiast Terrence O'Brien bio-engineered a drinkable, green glowing beer. He used a technique called 'CRISPR' which "lets you snip pieces of DNA and replace it with anything you'd like." O'Brien explains this process is simple to use, and allowed him to genetically modify yeast so that it glowed green under a black light.

'CRISPR' is currently in its infancy, however it's expected to help researchers find cures for cancer, to which O'Brien jokes "and I wasted its potential on beer." His green glowing beer was also developed to entice kids and young adults to experiment with 'CRISPR' with the hopes that they continue to explore scientific paths. The beer showcases the power of science, and its ability to create something dream-like, while providing a novelty experience for those who aren't interested in the scientific aspect.
5.3
Score
Popularity
Activity
Freshness
Access Advisory Services