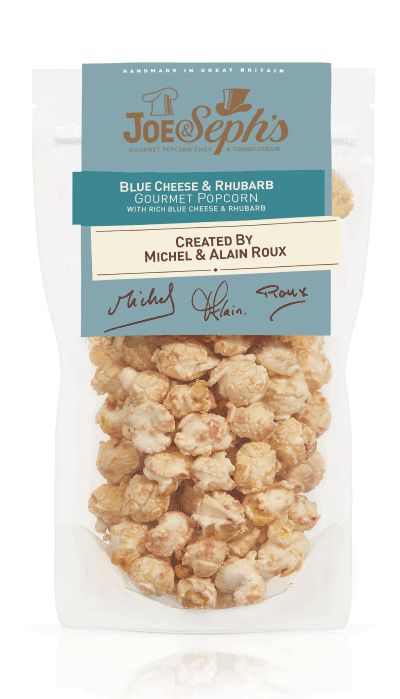 Joe & Seph’s Collaborated on a Series of Gourmet Popcorn Flavors

To coincide with the opening of Brasserie Prince By Alain Roux in Edinburgh, Joe & Seph’s worked with the Michelin-starred father-son chef duo Michel and Alain Roux to create flavors like Root Ginger & Lemongrass, Blue Cheese & Rhubarb and Piña Colada. These three new artisanal air-popped popcorn flavors will be available at the restaurant.

In the case of the Blue Cheese & Rhubarb flavor, dried blue cheese is combined with rhubarb paste to create what is said to be "an unusual combination that complements each other brilliantly." All of the new popcorn flavors spotlights each collaborator's passion for capturing and enhancing flavors.
1.7
Score
Popularity
Activity
Freshness