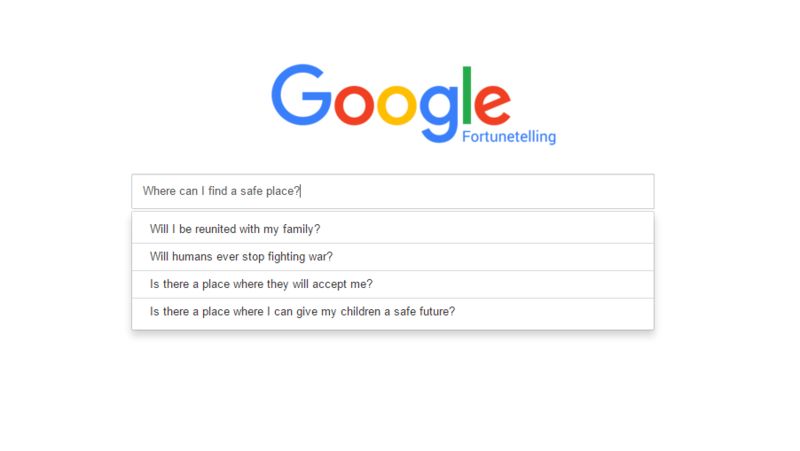 The fortunetelling site is styled like Google's classic search engine, but instead of typing a search query, it asks users to input something they would like to know about their future. Upon hearing the news that Google is now able to predict the future, people will be drawn to the site. However, it's a bit deceptive, since once a user begins typing, other questions pop up, including: "Will I be reunited with my family?"

From there, users are directed to a new page where it's made clear that the future can't be predicted, but many refugees ask themselves these questions each day. While the site is styled like Google, the tech giant is not affiliated with the project, which was created entirely by BrainMedia.
2.7
Score
Popularity
Activity
Freshness
Get Trend Hunter Dashboard