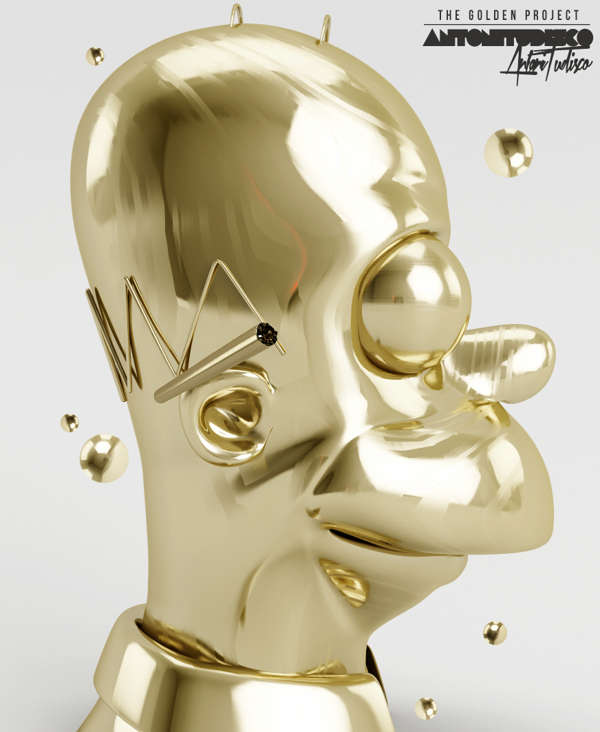 Meghan Young — February 8, 2013 — Art & Design
References: antonitudisco & behance.net
Share on Facebook Share on Twitter Share on LinkedIn Share on Pinterest
The Golden Project impressively immortalizes modern staples and pop culture icons such as Homer Simpson and a hamburger. Granted, those two subject matters right there go hand-in-hand. That said, the skeletal soldier and carton of popcorn do not. Thus, the Golden Project is much more broad than one might first believe. Nevertheless, each object and character depicted in the series are envisioned as gold statues.

Created by art director Antoni Tudisco, the Golden Project was created to prove how much work is involved in graphic design. He writes on Behance, "Some people and clients believe graphic design is just 'slapping texts and images together' in order to make any print material or online graphics. [...]As a designer, I can say that it's not just sitting in front of a screen." The Golden Project is a testament to that.
3.3
Score
Popularity
Activity
Freshness
Get Trend Hunter Dashboard