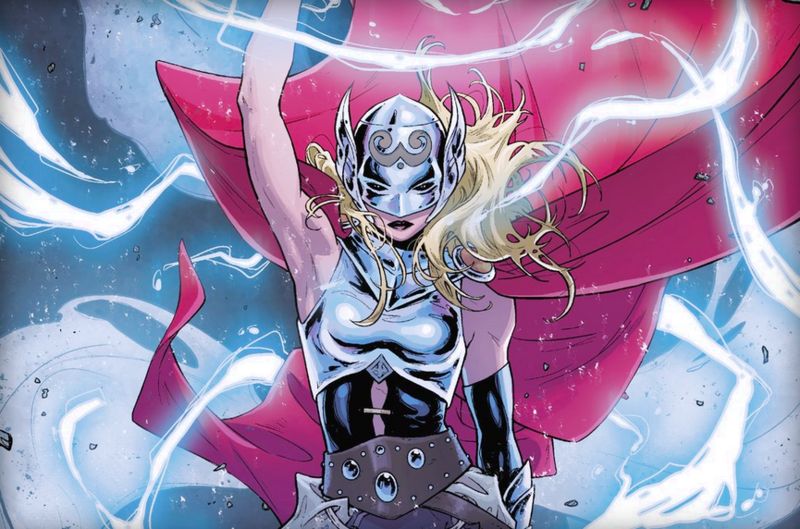 The Goddess of Thunder Makes Her Debut in Comic Book Series

Meghan Young — October 3, 2014 — Pop Culture
References: marvel & theverge
Share on Facebook Share on Twitter Share on LinkedIn Share on Pinterest
The Goddess of Thunder makes her highly anticipated debut in the new Marvel comic book series and series writer Jason Aaron says she's here to stay. Although fans around the world have voiced their concerns over this momentous gender-swapping decision, making it quite controversial, it is a brave move that has revitalized the conversation in many positive ways.

Hot on the heels of Emma Watson's impressive speech on feminism, the decision to make Thor a Goddess of Thunder instead of God is empowering in more ways than one. Aaron says, "If you look at Thor’s supporting cast--especially with the stuff I’ve been doing--Thor’s surrounded by a lot of female characters. So when you start to look around in this world and say, 'Well, if he can’t pick up the hammer, who can?' it seemed natural that it’d be one of these women."
2
Score
Popularity
Activity
Freshness
Jeremy Gutsche Keynote Speaker