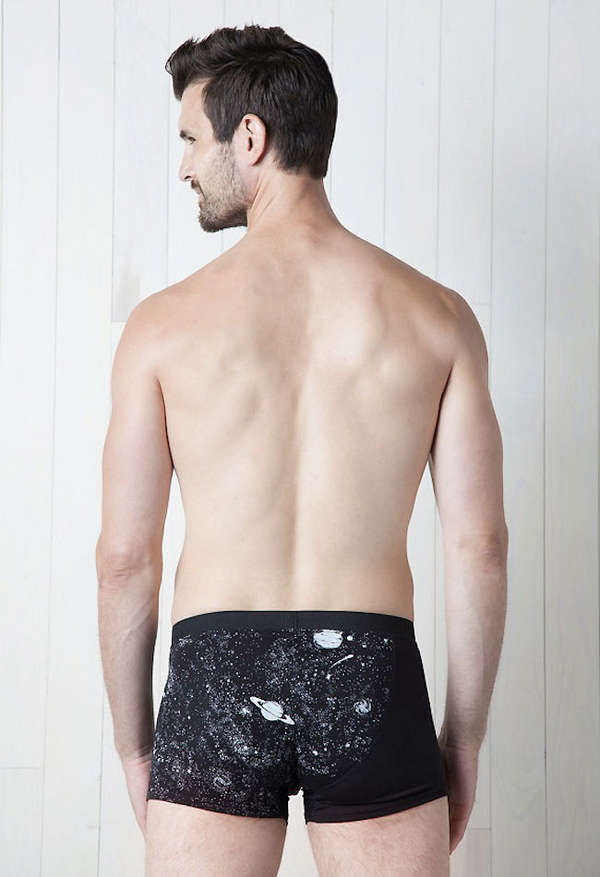 Amanda Greer — July 15, 2013 — Naughty
References: etsy & lostateminor
While glow in the dark clothing can sometimes be distracting if the wearer happens to stumble under a black light, Nate Crane's chic and fabulous glow in the dark underwear allows fans of neon-hued garments to keep their bold ensembles a secret.

These glowing undies don't just shine in the dark -- they're patterned with a cosmic solar system. This pattern brings forth memories of glow in the dark solar system stickers that kids would often put on their ceilings to soothe them to sleep. However, these undergarments take things up to the next level. Available for both men and women, the glow in the dark underwear displays a star-speckled pattern accented with ringed planets, ranging from the top of the left thigh and around over the wearer's behind.

With this hilarious and fashionable underwear, users can revel in the secret surprise offered by their cosmic undies.
3.5
Score
Popularity
Activity
Freshness