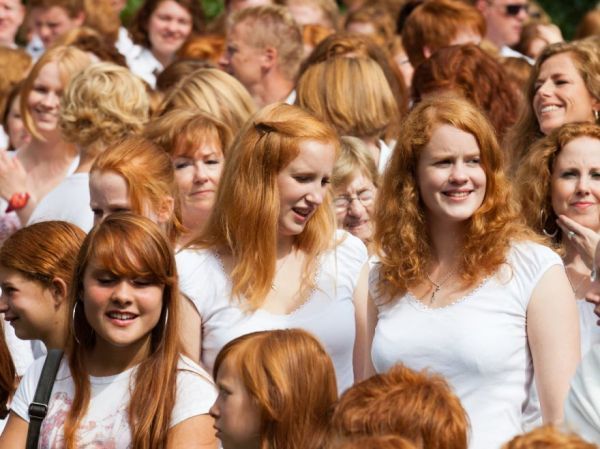 Plymouth, England, is Set to Hold the First Redhead-Celebrating Event

Meghan Young — July 7, 2015 — Social Good
References: neatorama
Share on Facebook Share on Twitter Share on LinkedIn Share on Pinterest
With the recent strides made in the United States' LGBTQ community, other countries are looking to adopt positive attitudes and actions towards other misrepresented groups; that's where the Ginger Pride Festival comes into play. Set to debut in 2016, this redhead-celebrating event will take place in Plymouth, England. Although not the first of its kind, the United Kingdom's Redhead Day UK started in 2013, it's one step closer to acceptance for this minority.

The Ginger Pride Festival is organized by Stuart Parry, who is no stranger to being bullied for the color of his hair. He contemplates, "I wonder if we're approaching a time when bullying gingers is over [...] When I was much younger and out at a night club a young lady came up to me and said 'wow, your hair is lovely, where did you get it done?'"
5
Score
Popularity
Activity
Freshness
Get the 2021 Trend Report FREE