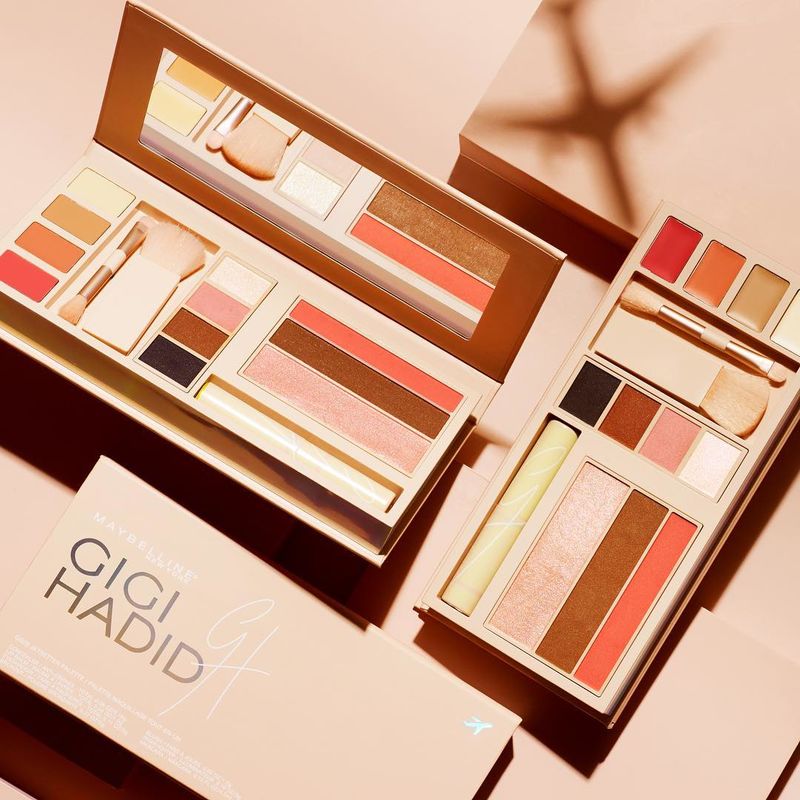 Hadid has graced the cover of Vogue multiple times, walked the runway as a Victoria's Secret Angel, hosted the AMAs and just last year, Hadid was named the International Model of the Year by the British Fashion Council. As a top model who is always on the go, Hadid developed the Jetsetter palette as a compact kit of essentials for the modern woman. The Jetsetter palette includes eyeshadow, concealer, blush, bronzer, mascara and a lip balm, making it a more versatile kit than most makeup sets sold.

The Gigi x Maybelline collaboration is a significant one because Hadid's peers like Kylie Jenner have found incredible success within the world of makeup. Although the Jetsetter palette was just launched today, it has already sold out.
5.6
Score
Popularity
Activity
Freshness
Get Trend Hunter Dashboard