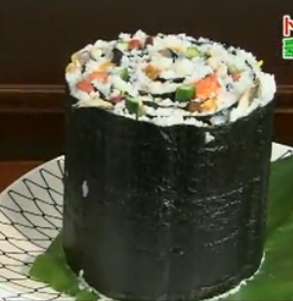 Giant Sushi is Taking Over in Japan Among Diehard Fish Fans

Souzan Michael — August 27, 2011 — Lifestyle
References: japanprobe & neatorama
Share on Facebook Share on Twitter Share on LinkedIn Share on Pinterest
I will be the first to admit that I can eat a lot of sushi -- and often, too -- but the giant sushi craze in Japan may be a bit much, even for me. A recently opened restaurant in the Aichi prefecture of Japan has developed a menu of outrageously sized sushi rolls and nigiri. Just to make things a bit more confusing for its customers, it also serves some insanely tiny rolls along with the giant sushi.

The mega sushi roll has 20 different types of fish and vegetables wrapped inside 2 meters of rice and seaweed. That's right, 2 meters.

To give you some perspective about just how big the giant sushi is, one slab of tuna that is placed on top of the large rolls would regularly be enough to make 40 average-sized rolls. Be warned, though: giant sushi costs about 15,000 yen and requires a reservation two days in advance. Totally worth it, if you ask me.
4
Score
Popularity
Activity
Freshness
Get Trend Hunter Dashboard