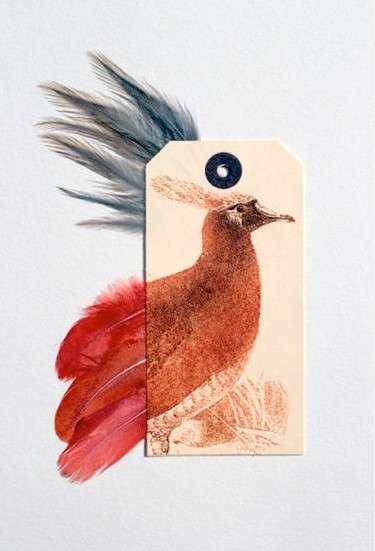 'Ghosts of Gone Birds' Project Raises Awareness About These Animals

Whereas in the rest of natural history, bird species would only disappear once a century, human beings have the dubious honor of killing off more than 21 entire genus trees within 30 years; another 190 are considered endangered. The Ghosts of Gone Birds project has conscripted the talents of British artists like Margaret Atwood, Ralph Steadman and Sir Peter Blake.

Some of the world's most iconic and anthropomorphized animals like the albatross and the passenger pigeon are being reduced at a rate of one every five minutes. The 80-odd musicians, sculptors and painters involved in the project have not only raised tangible awareness, but they're in the process of raising funds for avian sanctuaries. Hopefully the majestic albatross can hold out for a few more years!
0.8
Score
Popularity
Activity
Freshness
Jeremy Gutsche Keynote Speaker