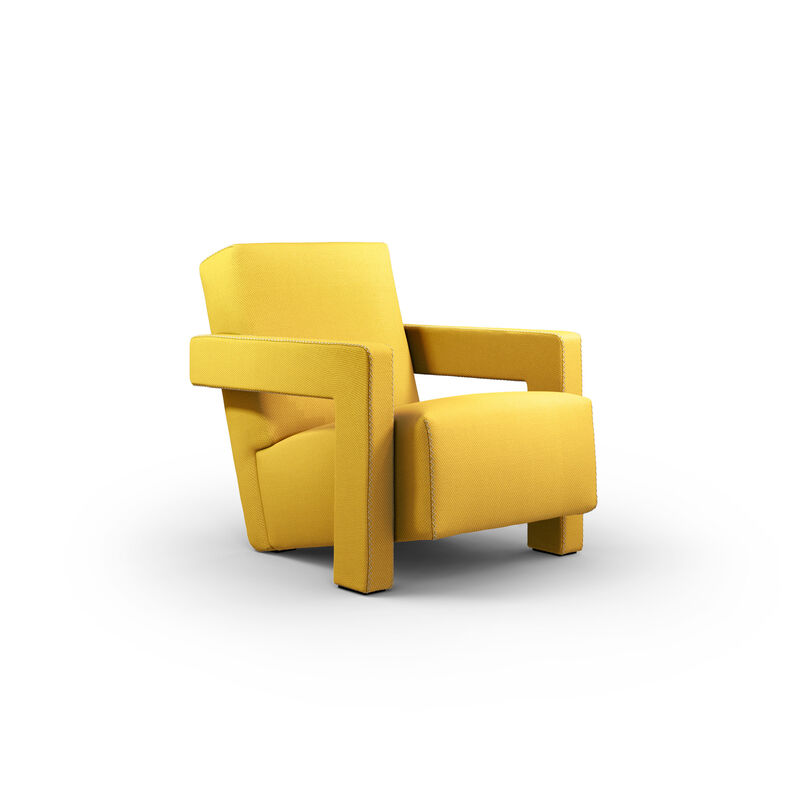 The new Utrecht armchair was originally made by Gerrit Rietveld back in 1935, who designed it specifically for the department store Metz & Co. Almost 100 years later, Cassina celebrates this historic design with a contemporary, reconceptualized version. The new Utrecht armchair is made for large-scale distribution and can be easily assembled. It comes disassembled in four puzzle-like parts - a seat, back, and two armrests. The configuration of this design lends a very geometric and angular aesthetic.

The design speaks to the Dutch art movement of neoplasticism - otherwise known as De Stijl - which favors bright colors and austere geometric shapes.