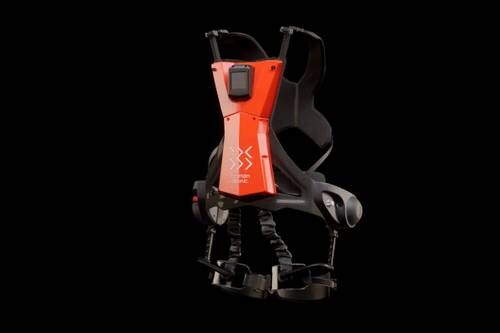 German Bionic Created the Fourth-Generation of the Cray X Exoskeleton

Daniel Johnson — July 24, 2020 — Tech
References: germanbionic & hypebeast
Share on Facebook Share on Twitter Share on LinkedIn Share on Pinterest
German Bionic, a technology company, recently revealed the fourth iteration of its Cray x exoskeleton, which was designed for industrial workers. The new unit can offset the users by over 60 pounds, which was made possible by using carbon-fiber materials in the new design. The new design is powered by two high-performance servo motors, which can run for eight hours on one charge. The new German Bionic Cray X can also be easily connected to smart factories, where it can receive firmware updates and can be integrated with the Cray Visor AR headset. Customers can book demonstrations through the company website.

Armin G. Schmidt, the German Bionic CEO, spoke about the new device, “Particularly system-relevant industries, such as logistics and freight, which have been under enormous pressure since the beginning of the pandemic, can now strengthen their employee's backs with our new devices.”