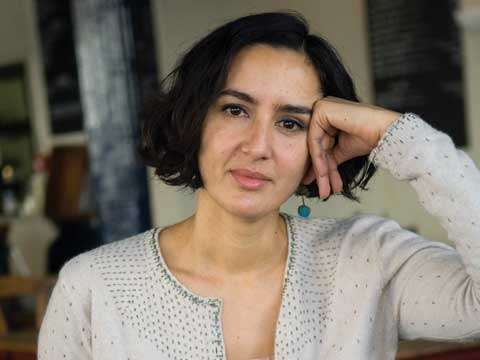 Tiana Reid — May 20, 2011 — Social Good
References: dukeorganic & theecologist.org
Share on Facebook Share on Twitter Share on LinkedIn Share on Pinterest
The Duke of Cambridge, an ethical gastropub located in London, England, is run by Geetie Singh, the Managing Director and Founder of Sloeberry Trading Ltd., which operates the organic pub. SocialBusiness.org chatted with Singh about the Duke of Cambridge business model and her enthusiasm for all things ethical truly shines -- even over the phone. Geetie Singh’s story is a fusion of a breadth of intriguing elements including a commune, delicious sustainable food, the restaurant industry and an ethical film club. Interestingly, Singh doesn’t have to choose between being a restaurateur or an environmentalist. She’s both at the same time, and further, acknowledges the crucially reciprocal relationship that exists between the two. Read on for how Geetie Singh went from aspiring opera singer to Managing Director of the Duke of Cambridge Organic pub.

I grew up in a commune in England that was almost entirely self-sufficient and everything we consumed was politically-based. So we considered the impact that we had on society. That’s how I was brought up from the age of 16. When I started working in restaurants, I was really shocked by the lack of sustainability in the restaurant industry, but at the same time, I loved the industry. So, to marry the two things together with an ethical restaurant was really exciting.

The first thing I did after school was go to music college to be an opera singer, but I didn’t really like it, and when I left there I decided to work in restaurants. I loved it. I was 18 then and it took another 10 years to open the Duke of Cambridge. But I had at least 5 years of experience when I started my business plans and had to raise the quarter of a million that I needed.

It’s working in a team that does it. We really do work as a team and I love working with the group of people that I work with. We drive each other forward. We very much think the same way. They’re a very inspirational bunch. We all drive each other forward. We motivate each other. And I think that’s the most important part. It’s not necessarily just the team at the pub but also the suppliers and the farmers. There’s a really great ethical network in London -- they're almost unconditionally a group of inspiring, passionate and morally-driven people. I feel really privileged to be part of that. It’s a bit like the people I grew up with in the commune. I guess you could say I found myself another community!

No, I don’t think I have any rituals. I think taking time out is really valuable, but how you do that… me, I don’t have any rituals for that. I’ve got a young daughter, so I’m not working as I might have been before. I get a bit more time out from work. For the first few years, when I was working absolutely full-on, my father would make me look at business from every angle and constantly readdress issues. Now, I work hard with my team to do supplier visits, go to fisheries and go to farms and think creatively about what we’re doing. I pay them to go which is important. It’s also very inspiring for them.