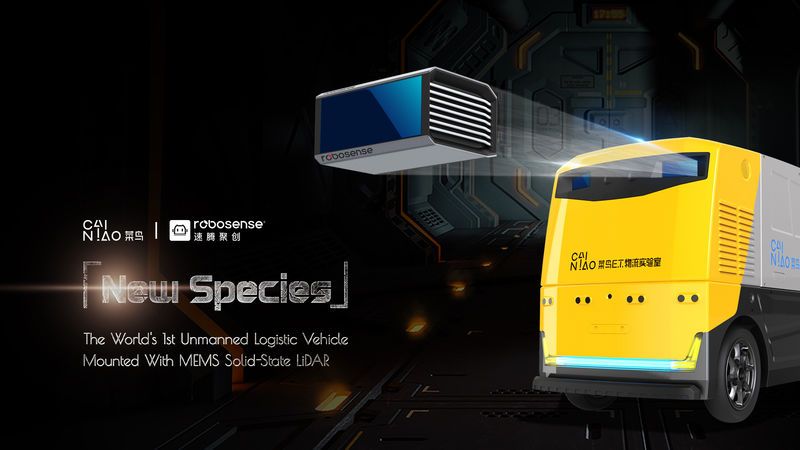 Laura McQuarrie — June 6, 2018 — Autos
References: robosense.ai & prnewswire
Share on Facebook Share on Twitter Share on LinkedIn Share on Pinterest
Alibaba Group's Cainiao Network and RoboSense recently released the G Plus as "the world's first solid-state LiDAR unmanned logistics vehicle." While the driverless delivery vehicle is equipped with a RoboSense MEMS Solid-State Laser Radar and other technology, the vehicle is said to be a low-cost option that comes in at just a few hundred dollars.

The G Plus was announced at Alibaba's Cainiao Network 2018 Global Smart Logistics Summit, introducing the first-ever integration of solid-state LiDAR in the development of an unmanned vehicle.

The G Plus is said to have powerful 3D perception when it comes to driving, with the ability to detect shapes, distances and travel speed to safely travel alongside other vehicles and pedestrians. As well as being accessible for a low cost, the G Plus is a vehicle that can reportedly be mass-produced.
6.7
Score
Popularity
Activity
Freshness
View Innovation Webinars
play_circle_filled