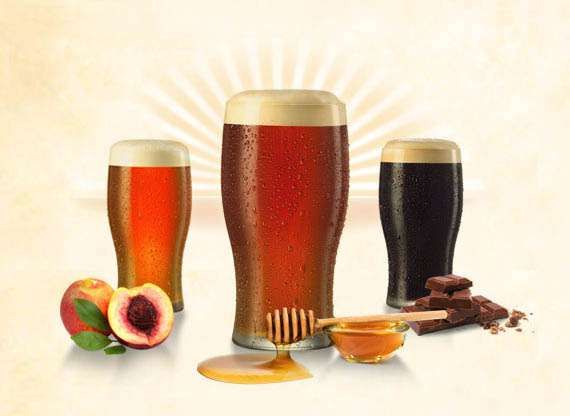 Matt Ho — August 10, 2011 — Lifestyle
References: frozenpints & coolmaterial
Share on Facebook Share on Twitter Share on LinkedIn Share on Pinterest
Oh glorious beer, even in various forms of consumption, it manages to capture my attention, just like the Frozen Pints Ice Cream has. It's not uncommon to sprinkle a bit of alcohol onto dessert, but what if the dessert itself had booze infused right into it? That's exactly what the Frozen Pints Ice Cream offers.

While the ice cream company still offers the familiar, delectable tastes of peach and chocolate, the company kicks it up a notch with the smooth, beer-infused frozen treat. With flavors such as Honey IPA, Brown Ale Chip and Malted Milk Chocolate Stout, it becomes obvious that the marriage between dessert and booze is now stronger than ever. You probably won't get drunk off of this stuff, but it'll give you a fix when that six pack is done.
2.8
Score
Popularity
Activity
Freshness
Access Advisory Services