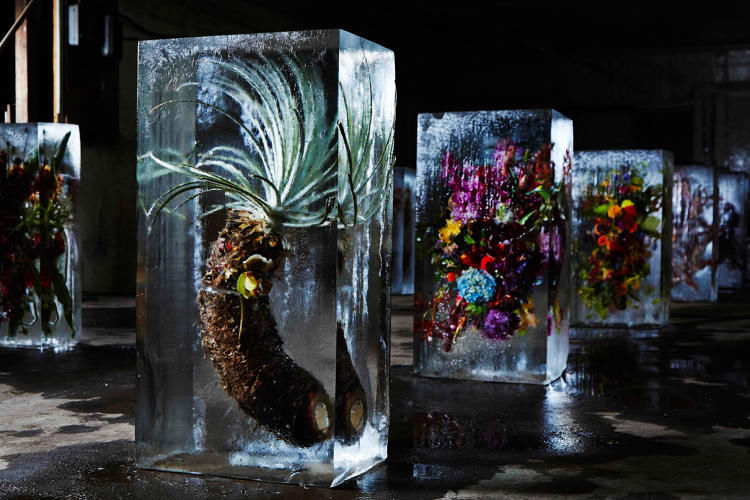 Meghan Young — January 26, 2015 — Art & Design
References: azumamakoto & fastcodesign
Share on Facebook Share on Twitter Share on LinkedIn Share on Pinterest
Keeping fresh blooms fresh might be easier than one would think if they all took notes from a particular artist and his frozen flowers installation. Azuma Makoto, who is based in Tokyo, Japan, has created a series of artistic floral arrangements that have all been suspended in blocks of ice. Although not as experimental as his bonsai in space endeavor, these frozen flowers are still quite radical.

Comprised of 16 pillars of ice, the frozen flowers are surprisingly as vibrant and lively as one would expect of them in their natural state. Granted, the installation does bring to mind Walt Disney's own frozen body and the idea that he would be kept in such a stasis until technology and science made it possible for him to live again. Perhaps that is the same thinking behind these frozen flowers.
2.9
Score
Popularity
Activity
Freshness
Access Advisory Services