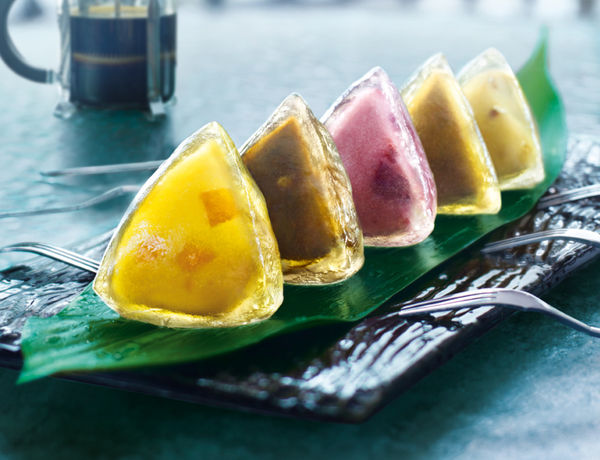 Starbucks' Frozen Dessert Snack is a Twist on the Traditional Dumpling

The frozen dessert dumplings are filled with a mixture of shaved ice, coffee, tea and fruit flavors. With all of this colorful goodness inside, it would be a shame not to be able to see it all, which is why the Dragon Dumplings have translucent shells.

As well as just being a tasty way to beat the summer heat, the dumplings are being introduced as part of a tribute to China's annual Dragon Boat Festival, which dumplings have been a part of for over 2,000 years. Starbucks' new take on dumplings includes flavors like Strawberry & Cream, Earl Gray Jelly, Mango, Green Tea & Red Bean, as well as Coffee Almond.
4.6
Score
Popularity
Activity
Freshness
Get Trend Hunter Dashboard