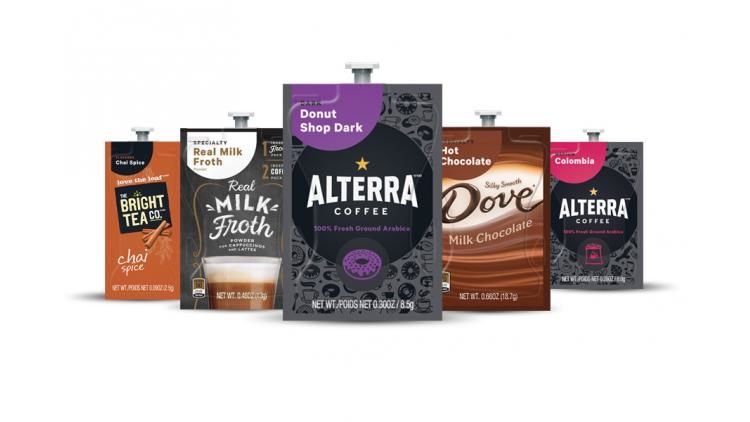 Laura McQuarrie — November 4, 2016 — Eco
References: marsdrinks & packagingdigest
Mars Drinks recently adopted a new packaging system for its single-serve Freshpacks, which still offer the same convenience for in-office brewing, but with a more sustainable twist. The new Freshpack designs boast a reduced carbon footprint of about 31%, thanks to the elimination of an aluminum foil layer that used to sit between two layers of plastic.

The original Freshpack designs were launched in 1983 and redesigned in 2008. This newest iteration of the pouch packaging system replaces the latest iteration and reflects Mars Drinks' own goals towards sustainability, as well as those of consumers. The new design also plays a part in helping consumers to reduce waste in general, as Mars Drinks' Samantha Veide reports: "Our customers told us their biggest priority was diverting waste from landfill."
2.6
Score
Popularity
Activity
Freshness