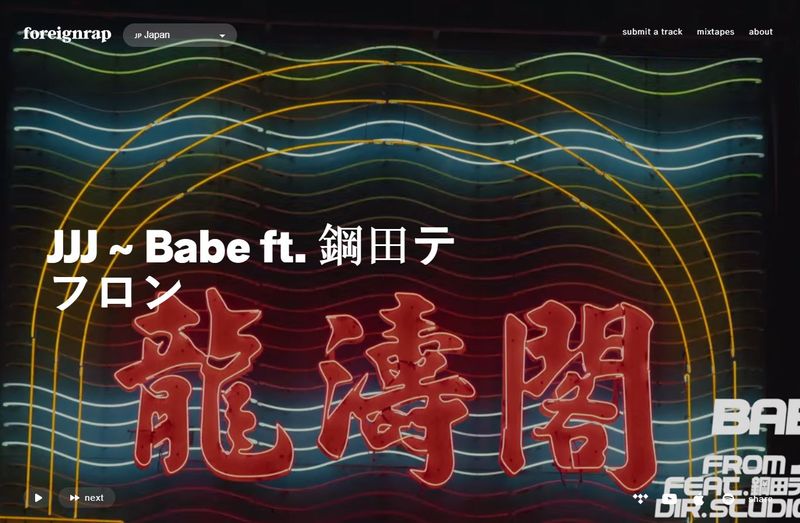 Foreignrap Helps Users Discover Hip Hop From Around the World

Joey Haar — August 1, 2017 — Pop Culture
References: foreignrap & thenextweb
Share on Facebook Share on Twitter Share on LinkedIn Share on Pinterest
Rap's history, which began in the late 70s, is firmly rooted in the United States, but the genre has since exploded, and Foreignrap shows the extent to which that's the case. The online platform plays users rap songs from artists all around the world, so long as they aren't from the US.

Foreignrap's songs are all user-submitted, and they include artists from over 20 countries around the world. Some of those rappers might be world-famous, like the UK's Skepta or Canada's Jazz Cartier, but others are relatively unknown outside of their own nations. Countries on Foreignrap's list include Japan, the Netherlands, Iceland, Nigeria, Turkey, and more.

To use Foreignrap, one can either browse songs from random countries or by selecting a specific country. Users can't select song by song, an intentional feature designed to encourage discovery.
1.7
Score
Popularity
Activity
Freshness
View Innovation Webinars