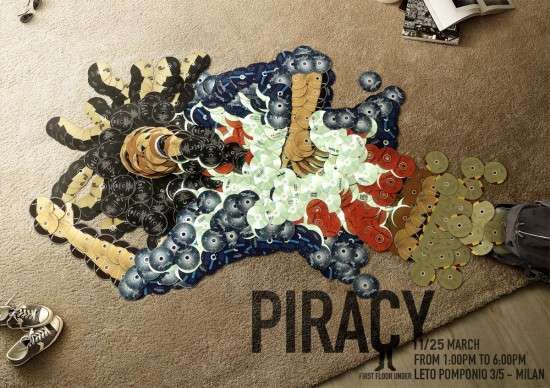 Meghan Young — May 15, 2011 — Marketing
References: tbwa.it & fubiz.net
Share on Facebook Share on Twitter Share on LinkedIn Share on Pinterest
I don't think there could have been a better way, both creatively and craftily speaking, of course, to create anti-piracy posters such as those seen in the First Floor Under ad campaign than with strategically placed CDs. I mean, it really drives the point that not only should artistic expression be respected, but also that the era of CDs did just that.

Conceived and executed by TBWA Italy, the First Floor Under ad campaign centers around six posters, each of which depicts a different musical icon such as Bob Marley, Jimi Hendrix, Aerosmith and Elvis. According to Fubiz, these posters were also rendered into stop-motion animation, which would really make this First Floor Under ad campaign rock out, that's for sure.
5.8
Score
Popularity
Activity
Freshness
Jeremy Gutsche Keynote Speaker