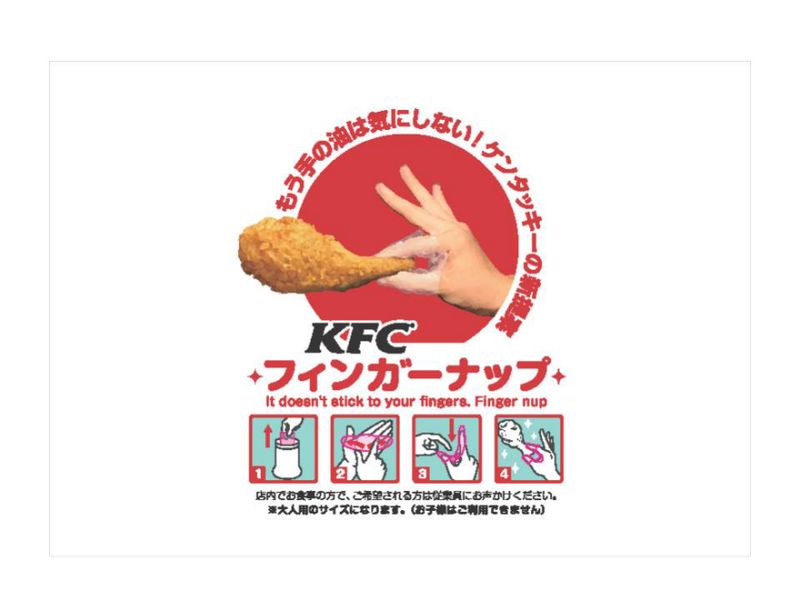 Joey Haar — December 21, 2016 — Lifestyle
References: translate.google.co.jp & core77
Fried chicken has become a popular dish in Japan, and KFC Japan is offering a new product called 'Finger Naps' with its fried chicken meals to help Japanese consumers with one of the biggest fried chicken-related problems. KFC Japan's Finger Naps are thin plastic coverings that fit over consumers' thumbs and forefingers, allowing them to grab on to a drumstick or wing without getting any grease on their hands.

Perhaps moreso than in North America, Japanese culture emphasizes cleanliness -- especially while eating. Fried chicken is far from a cleanly meal, which forced KFC Japan to figure out a way to appeal to Japanese consumers. The Finger Naps, which are currently on a trial, will available at 222 locations across Japan (nearly all the restaurants in the country) starting on December 15th.
3.7
Score
Popularity
Activity
Freshness