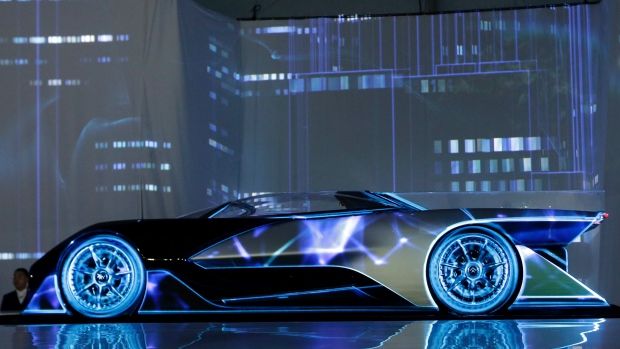 Laura McQuarrie — January 6, 2016 — Autos
References: faradayfuture & cbc
Ahead of CES 2016 this year, Faraday Future set up a preview of its concept electric racecar, the FFZero1. The vehicle comes from an 18-month-old company that received backing from a Chinese billionaire and incentives from the state of Nevada for the establishment of a manufacturing facility in Las Vegas. Faraday Future boasts that it will be able to develop and produce cars at incredible speeds, thanks to its digital design and modular construction processes.

As for the car itself, it's described as a "tablet on wheels," complete with the ability to project images ahead of it on the road, a smartphone dock built into the steering wheel and more.

In addition to being a destination for learning about the latest developments in cutting-edge consumer gadgets, CES has become a place where automakers showcase their latest innovations.
3.7
Score
Popularity
Activity
Freshness