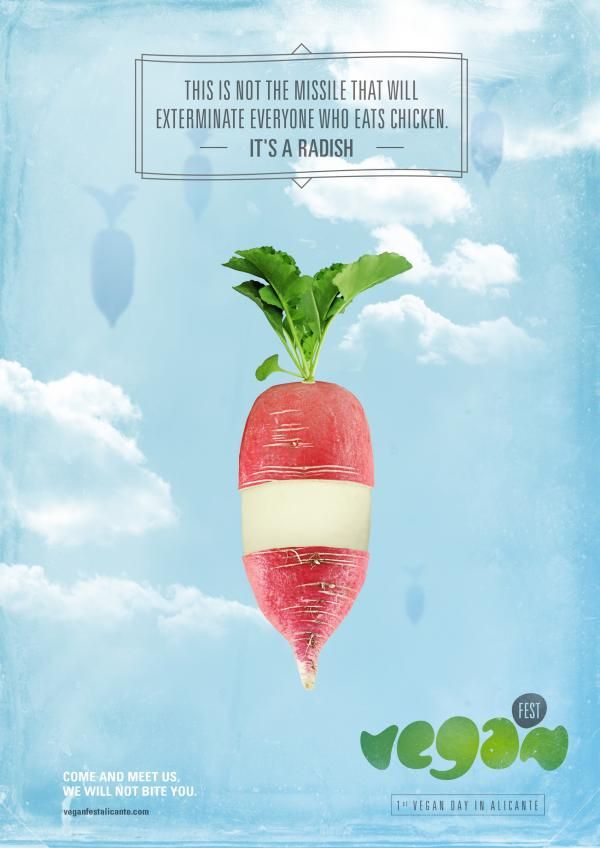 Laura McQuarrie — July 29, 2014 — Marketing
References: coloribus
Share on Facebook Share on Twitter Share on LinkedIn Share on Pinterest
These funny festival ad posters for the Vegan Fest Alicante present vegetables that look a lot like weapons, but are really completely harmless, showing that veganism is absolutely nothing to fear. The ads use a missile-shaped radish and a broccoli that shares the shape of an atomic bomb, stating that these foods pose no threats to meat-eaters.

Although there seems to be this war that goes on between people who adhere to raw, vegan, vegetarian or a carnivorous diet, these ads prove that there's really no reason to battle one another, since everyone can coexist peacefully, regardless of their dietary choices. The funny ads designed to advertise the Vegan Fest Alicante were put together by the Utopicum agency based right in Alicante, Spain, which is nice to see locals supporting one another.
5.1
Score
Popularity
Activity
Freshness
Jeremy Gutsche Keynote Speaker