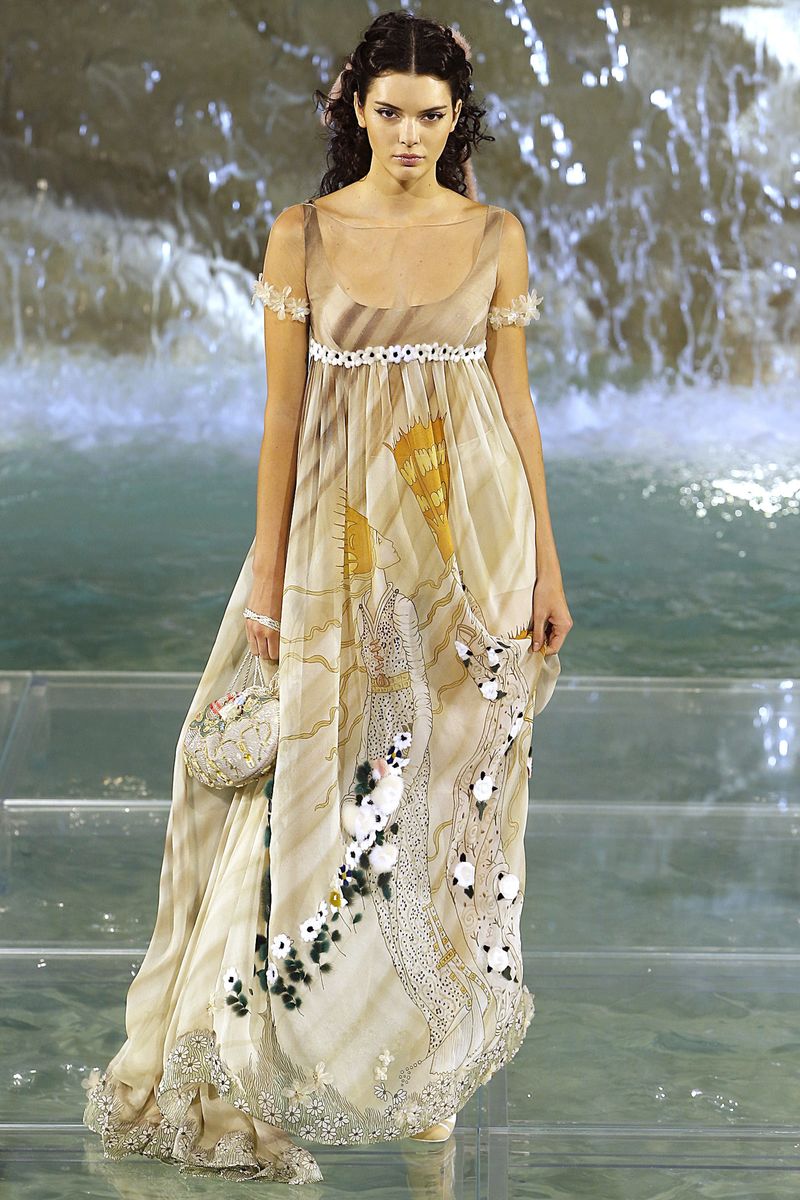 Erica Francis — July 11, 2016 — Luxury
References: vogue & wwd
Share on Facebook Share on Twitter Share on LinkedIn Share on Pinterest
The Fendi Fall/Winter 2016 haute couture show was unlike any other. This year's show was a celebration of Fendi's 90th anniversary. According to WWD, Lagerfeld was inspired by the illustrations of Kay Nielson, "whose early-20th-century children’s book work brought visual sophistication to otherwordly yarns, filled with princesses and witches and comings and goings into the forest deep."

Before the show even started, Fendi flew out guests in private planes from Paris (where the Haute Couture shows are normally held) into Rome. The show was titled 'Legends and Fairy Tales' and the 47 looks were a clear reflection of that. The intricately designed collection looked like the pictures of a fairy tale storybook.

The set, Trevi Fountain, was just as majestic. A Plexiglas runway was installed over the water at the base of the fountain. Top models, Bella Hadid and Kendall included, looked like they were walking above water as they floated over the crystalline floors. The Fendi Fall/Winter 2016 couture show was truly magical.