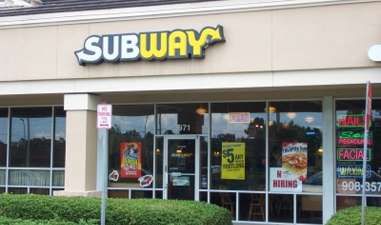 Felicia Moursalien — November 19, 2011 — Eco
References: world.subway & vegnews
Share on Facebook Share on Twitter Share on LinkedIn Share on Pinterest
Eating fast-food for a Vegan is often as exciting as playing a game of Trouble on a Friday night, but the release of Subway vegan options in Canada are changing up the fast-food vegan routine. This is the first time a vegan can get a meal at one of the major fast-food chains, whereas before they were limited to French fries and the excitement of a baked potato without the sour cream. Subway has always had a veggie patty, but this month they've added sparkle to the vegan eye with a vegan patty.

McDonalds in Canada is yet to even offer a veggie burger option, whereas Subway has been leading the charge in ethical and veggie options, and as a result they are successfully drawing in the niches. At the moment, Subway Canada has only three locations, but may expand if it remains successful. Vegans everywhere are hoping companies will take a hint from Subway and Mother Nature and jump on the fast-food vegan wagon.
1.9
Score
Popularity
Activity
Freshness
View Innovation Webinars