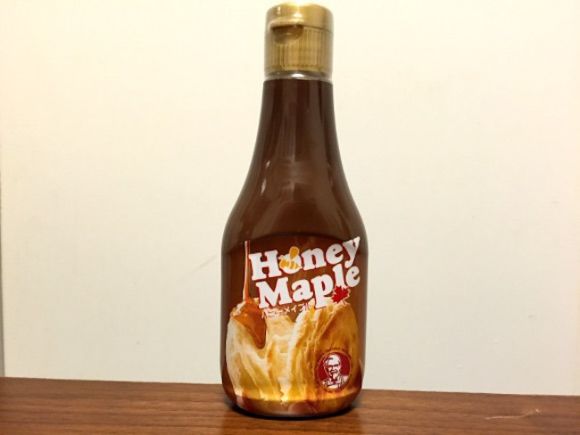 KFC is Now Selling Its Honey Maple Sauce by the Bottle

Laura McQuarrie — July 15, 2016 — Lifestyle
References: nlab.itmedia.co.jp & en.rocketnews24
The fast food sauce that's used on some menu items is often what keeps people coming back time and time again. Knowing how fond its consumers have become of its famous Honey Maple sauce, KFC is now selling it by the bottle in Japan in select locations.

Prior to the introduction of this bottled fast food sauce, the only way that consumers could get a taste was to order biscuits from KFC or be a recipient of one of its Lucky Bags sold at New Year's.

In recent years, many large restaurants and fast food chains have ventured into new territory by offering pre-packaged products to be sold as retail items in grocery and convenience stores. When McDonald's began bottling and selling its Big Mac sauce, it began to be listed on eBay for thousands of dollars, indicating a great demand.
3.3
Score
Popularity
Activity
Freshness