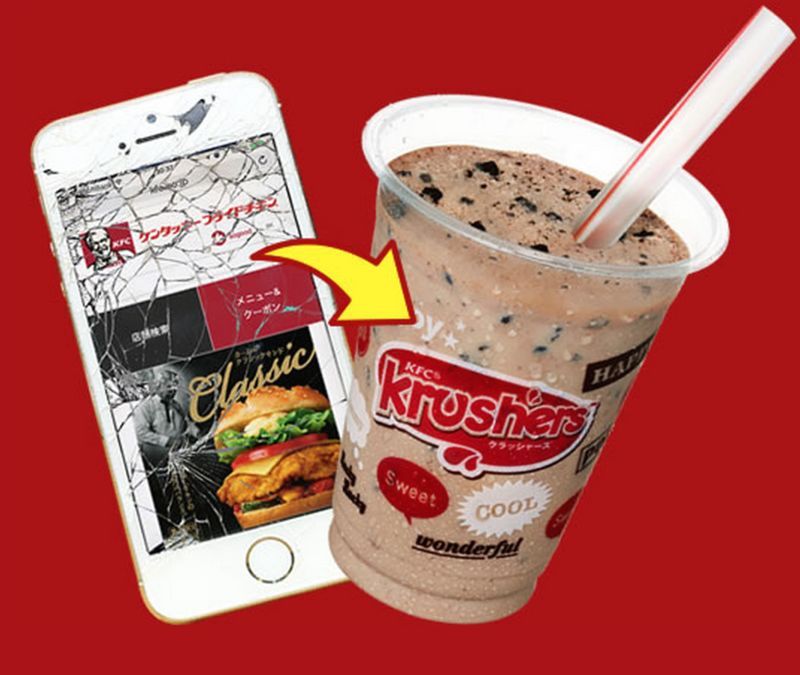 Laura McQuarrie — February 26, 2015 — Tech
References: krushers.kfc.co.jp & japantrends
Share on Facebook Share on Twitter Share on LinkedIn Share on Pinterest
Normally, having a cracked phone screen is pretty disappointing, but not if you're looking to take advantage of KFC Japan's newest fast food promotion. In March, the Ebisu branch will be running a campaign that offers a tasty consolation for those who have dropped their phones at some point or other in time.

While you might think that this initiative would leave people with pristine phones ineligible to participate, the fast food chain is lending hammers to people who have yet to have their screen smashed. Whether you have a freshly smashed phone screen or not, as for the reward, KFC is offering up its Krushers smoothie. This is a clever way to turn something like a cracked screen into something that people can actually take advantage of and find desirable.
4.9
Score
Popularity
Activity
Freshness
View Innovation Webinars