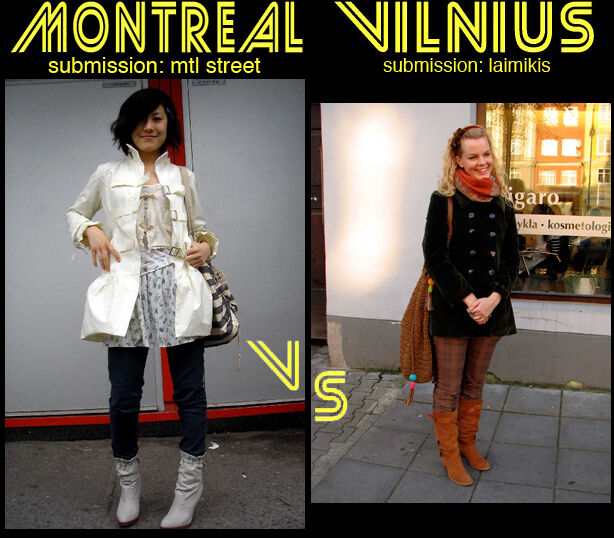 Bianca — November 24, 2007 — Fashion
References: streetclash.blogspot
Share on Facebook Share on Twitter Share on LinkedIn Share on Pinterest
By now, all our readers are familiar with street style blogs, for those who aren't, check out the links below. As the street style phenomenon exploded, and hundreds of sites began showcasing the hippest looks from major metropolitan to small towns, the competitive human nature set in, leading to the birth of Street Clash, the ultimate fashion face-off for international fashion trend setters on the web.

"STREET CLASH is an international style competition between blogs & photographers around the world. At the end, one city will be named best dressed 2007," the site explains. "And you get to decide!"

For a quick re-cap, street style sites essentially showcase candid shots of every day people in cities across the world to keep fashionistas brushed up on their global fashion savvy.

The site also includes dozens of links to other street style sites in Europe, Asia, North America, South America, and Australia.
Check it out and don't forget to cast your votes!