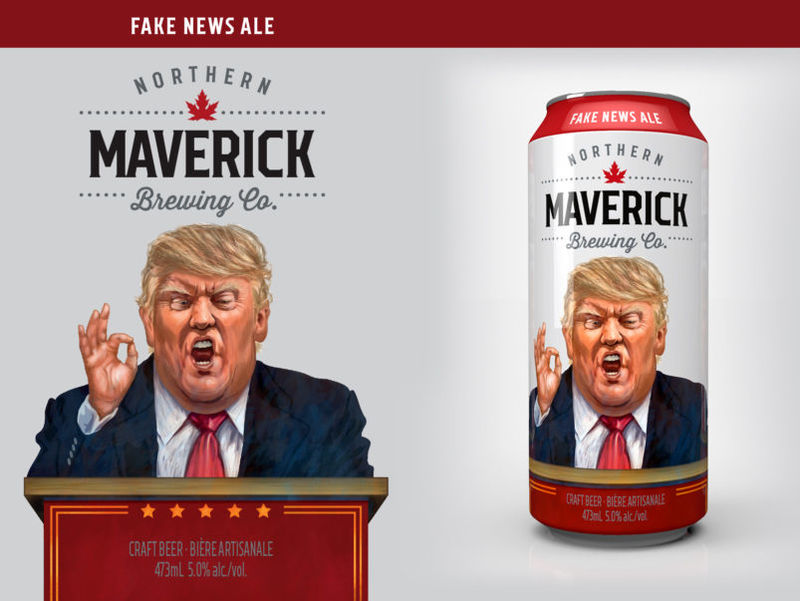 Joey Haar — April 12, 2017 — Pop Culture
References: northernmaverick & torontolife
Share on Facebook Share on Twitter Share on LinkedIn Share on Pinterest
Northern Maverick Brewing Co., a new brewery opening in Toronto, Canada, has announced its first beer: Fake News Ale. As the strange name suggests, the beer has an explicitly political sentiment, and that sentiment is backed up by a genuine promise of charity.

Fake News Ale's can is emblazoned with a caricature of Donald Trump, the 45th President of the United States of America. One look at the cartoon makes it clear that the brewery is critical of Trump, and a look at its website makes it even clearer. The ale "pairs well with: small hands, striking comb overs, HUUUGE egos and all things Mexican," according to Norther Maverick's site.

The beer isn't pushing empty politics, either. It has vowed to donate five percent of its sales to helping reverse a questionable policy (the particular policy in question will be decided via an upcoming vote on the brewery's website.)
5.2
Score
Popularity
Activity
Freshness
Jeremy Gutsche Keynote Speaker