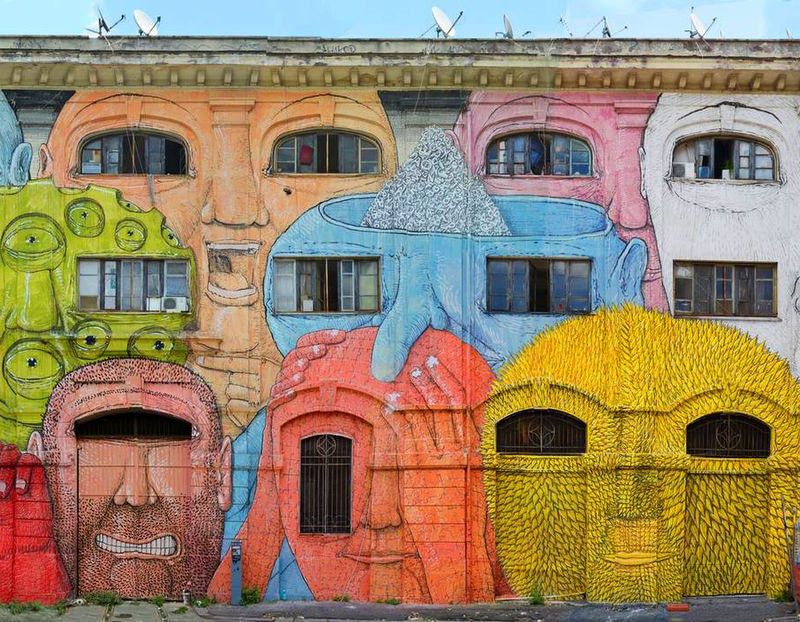 Meghan Young — November 24, 2014 — Art & Design
References: facebook & thisiscolossal
Share on Facebook Share on Twitter Share on LinkedIn Share on Pinterest
The massive face mural of Blu, a famous Italian street artist based in Bologna, is utterly breathtaking. Made up of 27 faces to be exact, each 'person' revolves around the 48 windows, which act as theh soulful eyes for each. A unique way to perceive such a building, the face mural is full of vibrant colors and intricate details, which stand for the diversity that seeps through the piece.

Located in Rome, Italy, the face mural brings a town of personality to the building. The project was completely self-financed by the Porto fluviale residents, which makes the face mural even more special. Funny enough, Blu writes, "Obviously there have been some ‘misunderstandings’ with the authorities in the beginning but at the end everyone has been kind (or resigned) enough to let us finish the work."
0.9
Score
Popularity
Activity
Freshness
View Innovation Webinars