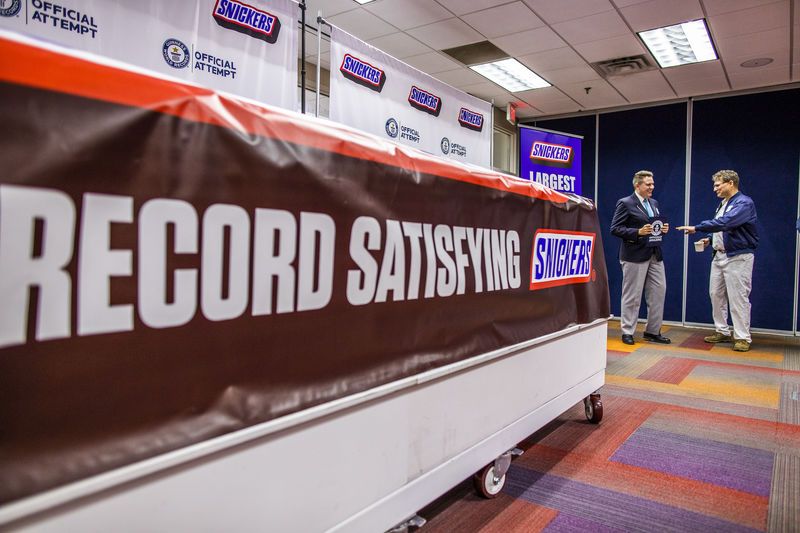 Snickers Created an Extra-Large Chocolate Before the Super Bowl

Laura McQuarrie — January 17, 2020 — Lifestyle
References: mars & prnewswire
Share on Facebook Share on Twitter Share on LinkedIn Share on Pinterest
To celebrate its 90th anniversary and 10 years passing since the kickoff of the You're Not You When You're Hungry' campaign, Snickers created an extra-large chocolate bar with over 1,200 pounds of caramel, peanuts and nougat combined and nearly 3,500 pounds of chocolate. The large-scale chocolate bar features all of the ingredients of the classic bar, but on a much larger scale, and is equivalent to more than 41,000 single-size Snickers bars. The bar set up in the company's Waco, Texas plant with the help of hundreds of associates was branded as the "Record Satisfying Snickers" on its equally large wrapper.

Once the largest-ever Snickers bar has been consumed, it will officially be recognized by the Guinness World Records at the largest chocolate nut bar.