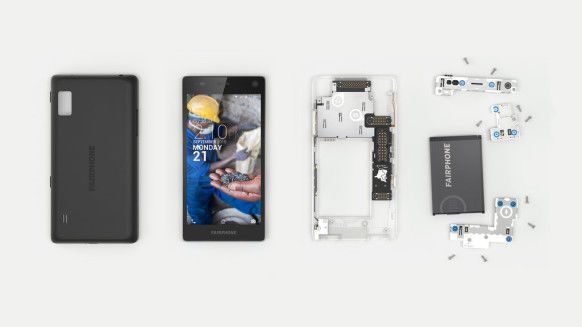 This Sustainable Smartphone is Made From Ethically Sourced Materials

Katherine Pendrill — June 20, 2015 — Social Good
References: fairphone & wired
Share on Facebook Share on Twitter Share on LinkedIn Share on Pinterest
The 'Fairphone 2' is an eco-friendly smartphone made from ethically sourced materials. While the phone originally debuted in 2013, it was not able to get production up and running. Now the company has debuted an improved second generation model that will be available for purchase later this year.

The Fairphone 2 features a five-inch HD display, two GB of RAM, an eight-megapixel camera and wireless charging. The prototype was developed entirely in-house, allowing the company to use ethically sourced materials. Not only is the smartphone produced in a sustainable manner, but it is also eco-friendly. The product is designed so that users can repair outdated or broken components on their own, rather than replacing the phone entirely. This level of modularity makes the Fairphone 2 unlike another other eco-friendly smartphone on the market.

The Fairphone 2 will be available in Europe as of this coming fall and users will also be able to place pre-orders as of the summer.
4.4
Score
Popularity
Activity
Freshness
View Innovation Webinars