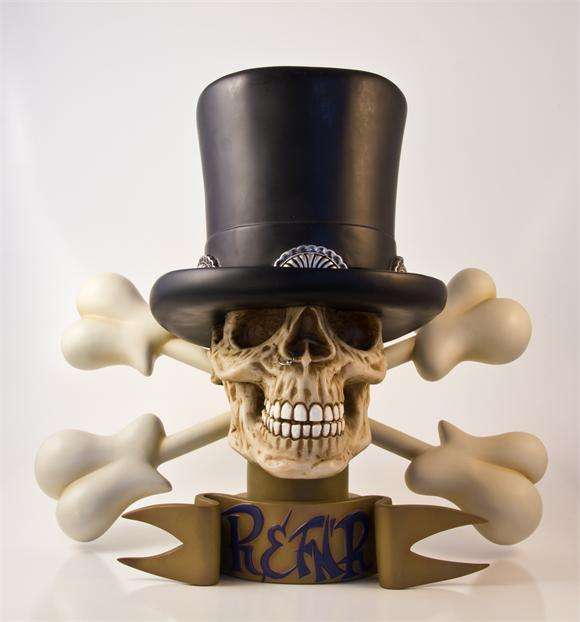 Ron English and Slash Collaborate On the ENGLISH SLASH Bust

English was initially signed on to help Slash create the cover art for Slash’s album SLASH & Friends. Due to the popularity of his artwork, English and Slash decided to collaborate again and with the help of Hong Kong-based sculpture house Garage Works, the duo came up with this bad to the bone ENGLISH SLASH bust.

Possessing many of Slash’s iconic features like his signature nose ring and top hat, this ENGLISH SLASH bust brings $7,500 worth of artistry and rebellion to a shelf near you.