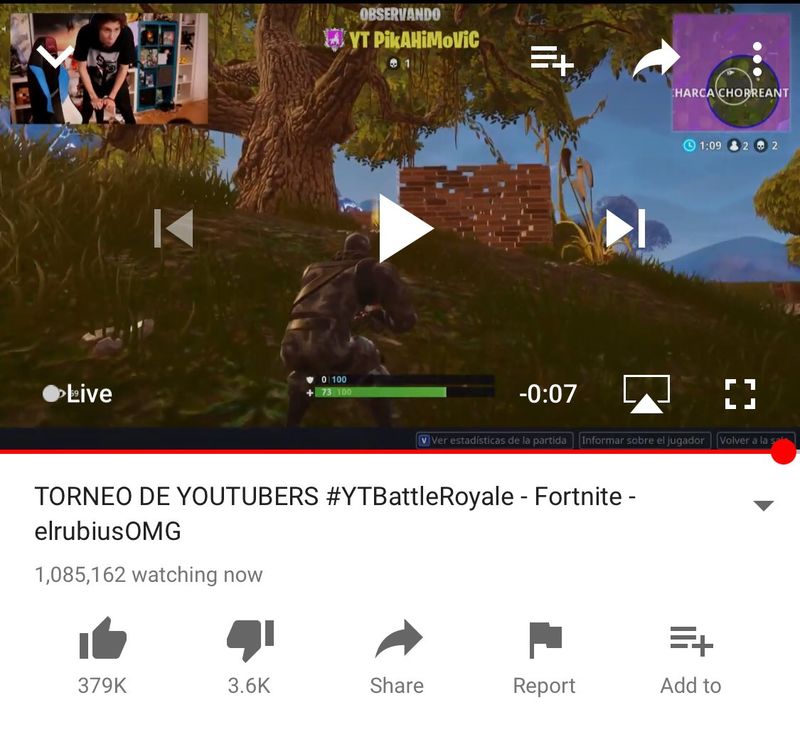 The elrubiusOMG Livestream Brought in 1.1 Million Viewers on YouTube

Justin Lam — April 2, 2018 — Tech
References: influencerupdate.biz & polygon
Share on Facebook Share on Twitter Share on LinkedIn Share on Pinterest
Ninja and Drake may have held the Fortnite streaming record, but their numbers were completely shattered in a recent elrubiusOMG livestream. On March 25, 2018, the Spanish YouTuber orchestrated a global Fortnite event which was livestreamed through YouTube. The event lasted just three hours, but managed to draw in a staggering 1.1 million viewers. This impressive amount of views beat out the Drake stream by 500,000 views and is currently the most-watched gaming livestream in YouTube's history.

The elrubiusOMG livestream marks a distinct shift in the game-streaming community, as all past gaming livestreams on the platform have failed to hit the million live viewer mark. Twitch is often seen as the premier game-streaming platform, but the success of this stream may see more users turn to YouTube for higher view counts and better fan engagement. While it is tough to say why this stream was so popular, many gamers are noting the success of Fortnite videos on YouTube, as well as the accessibility of the game and its appeal to gamers who are not dedicated to Twitch.