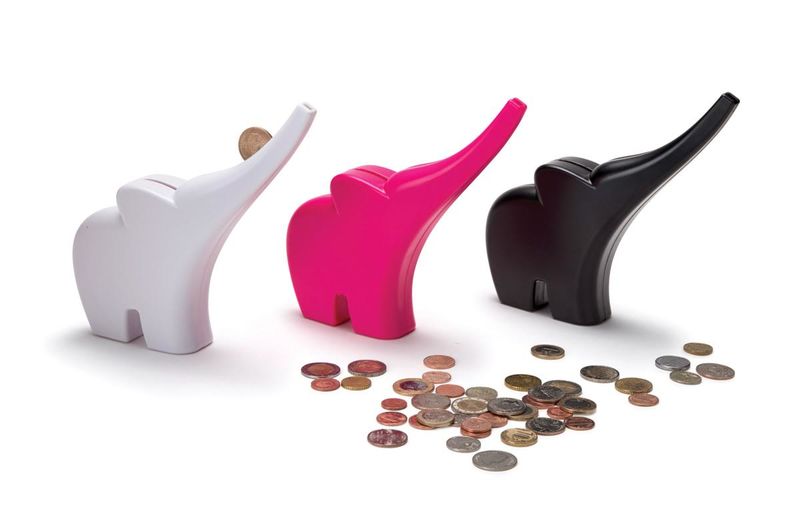 Joey Haar — September 26, 2016 — Life-Stages
References: mnkbusiness
Share on Facebook Share on Twitter Share on LinkedIn Share on Pinterest
Piggy banks are a classic way to teach kids about the importance of frugality and saving money, but the classic ceramic bank isn't exactly fun -- at least, not compared to Elli. Perhaps better described as an elephant bank, Elli is like those coin roller coasters that solicit donations at a supermarket, with a rolling interface that makes financial responsibility fun.

The Elli rolling coin bank is shaped like an elephant (the animal to which its name alludes.) Elli's outstretched truck is fitted with a ridge that runs down it and into a slot along its back. Kids can place coins in this ridge and release them, letting them roll down and disappear into the bank. And if kids want to play again, they'll need to roll a new coin.