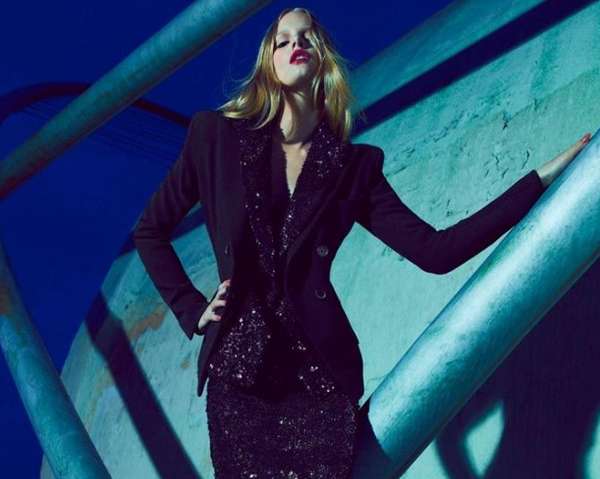 The Elle Us August 2012 Horst Photoshoot is Lit Up

Jordy E — July 14, 2012 — Pop Culture
References: elle & xaxor
The Elle US August 2012 Marloes Horst editorial brings forth a remarkable approach to urban photography. While the snapshots were taken at night in the presence of gritty wire fences, rusted metallic structures and chipped park benches, the very assortment that makes one long for the streets of London or New York City, they are found illuminated throughout with piercing notes of pomegranate red and deep indigo.

Marloes Horst has modeled for Harper's Bazaar UK, Vogue Australia and Intermission Magazine. Her Netherlands upbringing and blonde appeal have been well-received to say the least, and she has here delivered yet another epic set. Photographer Thomas Whiteside's ability to capture beams of aggressive light is deserving of attention, especially given the contrast between the bright shades and Horst's dark knee-length skirts and plum-hued 1970s-inspired suits.
4.5
Score
Popularity
Activity
Freshness