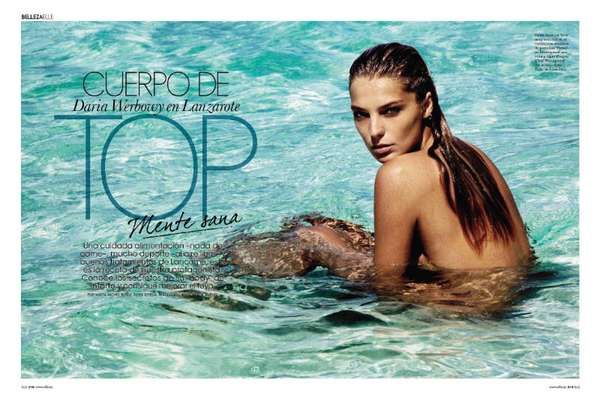 This Elle Spain May 2011 editorial takes place in the Canary Islands, where Daria Werbowy frolics in the surf wearing barely there outfits from Emilio Pucci, Roberto Cavalli and Dior. In many of the shots, Werbowy is half-dressed, exposing her upper half while laying down in the aquamarine water or relaxing on the sand.

The summer season is upon us, and with it vacationers will be flocking to tropical locales like the Canary Islands. Let's hope their beachwear is as fashionable as Werbowy's.
6.4
Score
Popularity
Activity
Freshness
Get Better and Faster