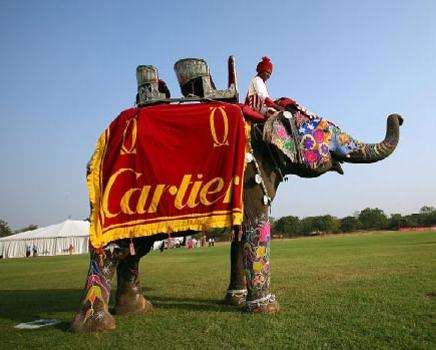 Jeremy Gutsche — November 30, 2006 — Marketing
References: cartier & thecoolhunter.net
If you want to attract the media AND protesters, then you should sponsor a game of Elephant Pool. That's what Cartier did.

Implications - According to Cartier, the event was meant to draw attention to the declining numbers of Asian elephants. It was held in India's 'Pink City', and some of the world's most famous celebrities and richest patrons were in attendance. Unfortunately, however, the local PETA branch was less thrilled by the large event. Instead of showing up to support it, they instead arrived in order to protest what they saw as a "perpetration of animal cruelty." In fact, a spokesperson for the group even went so far as to advise that Cartier stick to "selling watches."
2.3
Score
Popularity
Activity
Freshness