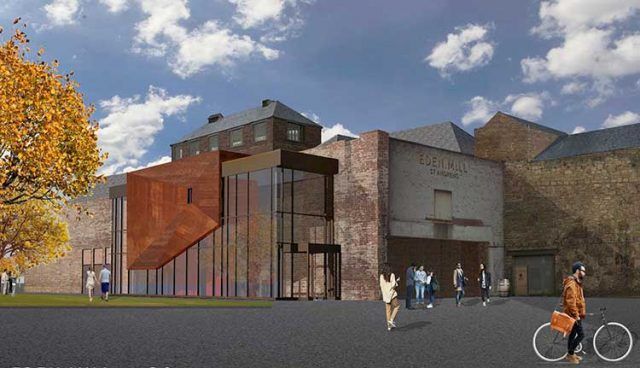 Eden Mill Has Announced Its Expansion to the St Andrews Campus

Justin Lam — February 13, 2018 — Lifestyle
References: thedrinksbusiness
Share on Facebook Share on Twitter Share on LinkedIn Share on Pinterest
Scottish brewer and distiller Eden Mill has just announced its newest expansion into the University of St Andrews Campus. The new expansion will see a former paper mill building converted into Eden Mill distilleries and breweries and will be housed within the university campus. The current plans for the expansion have been submitted to Fife Council and are set to include several vistors areas, a café/bar, gift-shop, presentation area and a VIP tasting room. Eden Mill hopes to begin work on the site by summer 2018 with the new building being operational by autumn of the same year.

The prospect of a distillery on a university campus may instill fear, but the University of St Andrews is actually quite excited by the project. The university has its excitement for the project as it would provide an "exceptional working environment for our staff, breathe new life in the local economy of Guardbridge and have a beneficial impact on the town of St Andrews." The university hopes that the new instillation would rejuvenate the paper mill and will hopefully lead to future development of the existing buildings.