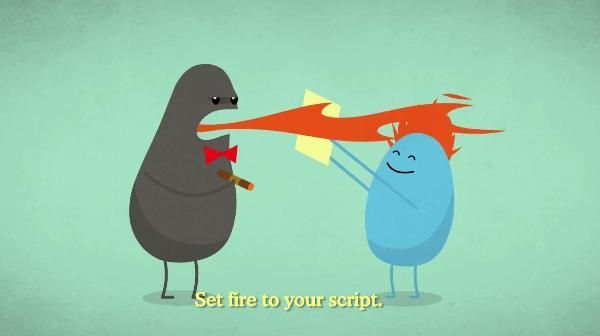 Laura McQuarrie — April 29, 2014 — Marketing
References: adweek & designtaxi
Share on Facebook Share on Twitter Share on LinkedIn Share on Pinterest
The original Dumb Ways to Die song for Australia’s Metro is several years old now, but the winning campaign still has huge influence online, as seen in this Dumb Ways to Die parody for the Miami Ad School/ESPM in São Paulo.

The spoof was created by Brazil-based Young & Rubicam and just as the original shows unconventional ways that you can meet your end, this version shows the ways in which creative ideas die. Some of the wacky way ideas meet their demise include being torched, shot down by clients, or being changed by someone else willy-nilly, as most creatives have experienced at some time or another.

Some of the characters from the original appear in this version and unfortunately for them, each scenario has a dark twist to it.
3.6
Score
Popularity
Activity
Freshness
Get Better and Faster