Cartoon-Themed Board Games
Next
Set of
Related
Ideas 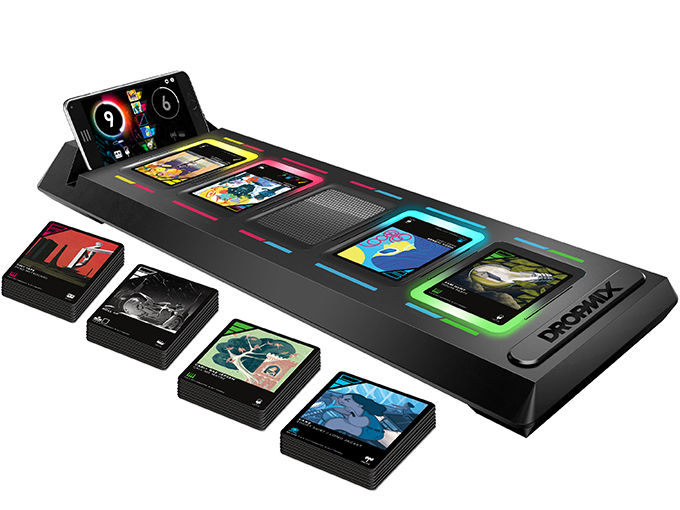 Hasbro and Harmonix Teamed Up to Create 'DropMix'

Laura McQuarrie — March 13, 2017 — Life-Stages
References: hasbro & kidscreen
'DropMix' is the name of a new fun and fast-paced game from Hasbro and Harmonics—the maker of Rock Band—which challenges players to remix their favorite songs.

Gameplay unfolds on an electronic board with 60 NFC-chipped cards that are labeled to represent different music genres. Players put these NFC cards in a slot and the board will automatically begin playing either the bass, beat, loop or vocals. Up to five cards may be used at once and through the free app, players are able to instantly hear their created songs.

Some of the hit songs that can be remixed with DropMix include 24K Magic by Bruno Mars, Closer by The Chainsmokers and Sing by Ed Sheeran. Following the release of the game, Hasbro has plans to unveil additional packs of cards to expand the music options available.
6
Score
Popularity
Activity
Freshness