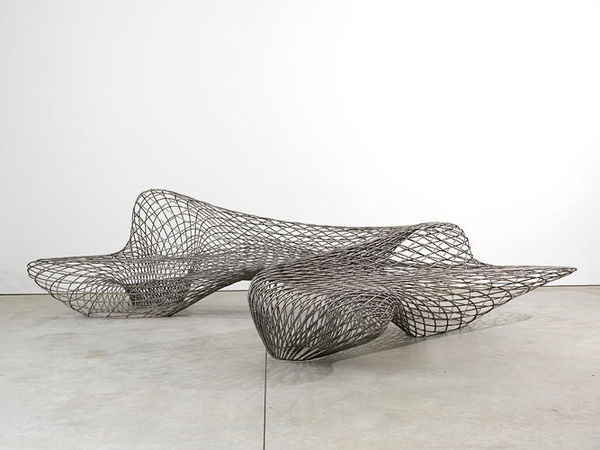 Meghan Young — May 15, 2014 — Art & Design
References: jorislaarman & fastcodesign
Share on Facebook Share on Twitter Share on LinkedIn Share on Pinterest
The Dragon Bench is the first of its kind. Made entirely out of metal, it wass 3D-printed, to the astonishment of many. Fashioned using a groundbreaking new technique called MX3D-Metal, the Dragon Bench ushers in an era of affordable metal structures. As Fast Co Design points out, "It's an exciting prospect, given the possibilities: Metal, after all, plays a key role in the infrastructure of buildings and cars."

Developed by Dutch designer Joris Laarman and backed by Autodesk, the original MX3D-Metal was a little rough around the edges, but the Dragon Bench shows that it has come a long way. Currently the centerpiece of a show held at the Friedman Benda gallery in New York City, it is an undulating structure made of intricate metal strips.
5.3
Score
Popularity
Activity
Freshness
View Innovation Webinars