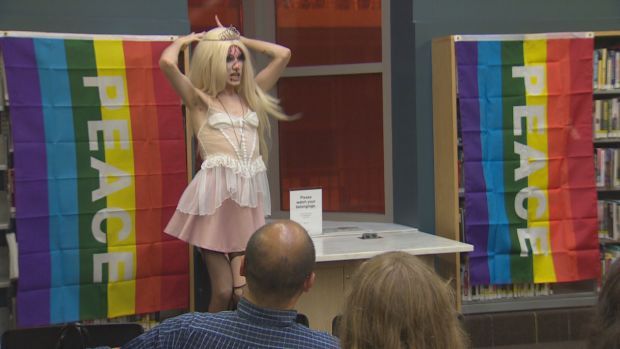 Katherine Pendrill — June 23, 2017 — Life-Stages
References: cbc & insidetoronto
Share on Facebook Share on Twitter Share on LinkedIn Share on Pinterest
In an effort to amp up its Pride Month programming for kids, the Toronto Public Library is hosting Drag Queen Storytime sessions for kids. While similar events have been held in New York City and San Francisco, this year will mark the first time this kind of programming has been offered in Toronto.

The Toronto Public Library first began considering the idea of hosting a Drag Queen Storytime sessions for kids after a proposal was submitted by Riverdale resident Jodi Christie. The library then connected with Christie to set up a storytime sessions at various branches across the city. The events will feature local drag queens in full costume and makeup telling stories, playing dress-up and teaching kids about Pride Month. As Scott Robins from the city's Don Mill branch explains, "They’re going to be teaching kids how to vogue, how to walk the runway, and how to be their most fabulous selves."