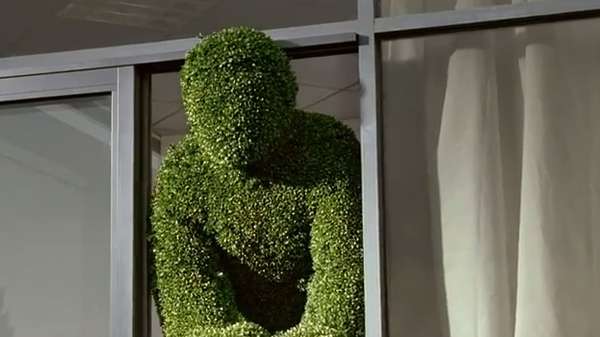 Katherine Vong — July 24, 2012 — Eco
References: Hopeiary & adweek
As far as mascots go, the Dow Chemical Olympics 2012 mascot may be the strangest yet -- but it has good intentions. Dow is using this giant humanlike hedge, whose name is Hopeiary, as the new "face" of its Olympics 2012 campaign, which promotes going as green as possible for this year's games.

The campaign, created by agency Draftfcb in Chicago, comprises this TV spot, which features the personified hedge going to London to help people make more sustainable, earth-friendly choices. The commercial ends with the words, "Even the planet has an Olympic Dream: a greener, more sustainable Olympic Games."