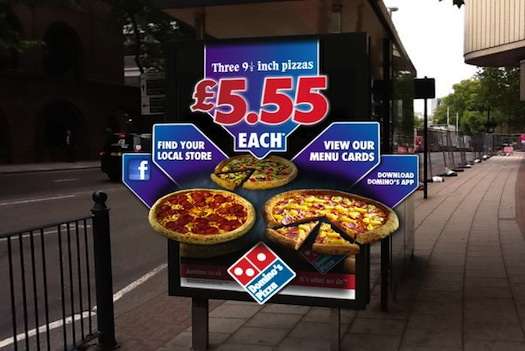 The pizza chain has rolled out 6,000 billboards across Britain; these billboards offer customers an augmented reality experience and an easy way to order through their phones. Domino's used the Blippar app to create the augmented reality experience, says Branding Magazine. The posters let customers download deals as well as the Domino's Pizza ordering app, and from there, all you have to do is become a fan of Domino's on Facebook to view your local menu and order a pizza.

According to Nick Dutch, the Multimedia Manager at Domino's, "...We’re looking forward to pizza lovers blipping it where they live to get more from our posters. The posters campaign is designed to reach customers while they’re out and about on the high street and remind them of the piping hot pizza and great 555 deal Domino’s can deliver straight to their door."
3.1
Score
Popularity
Activity
Freshness
Get Trend Hunter Dashboard