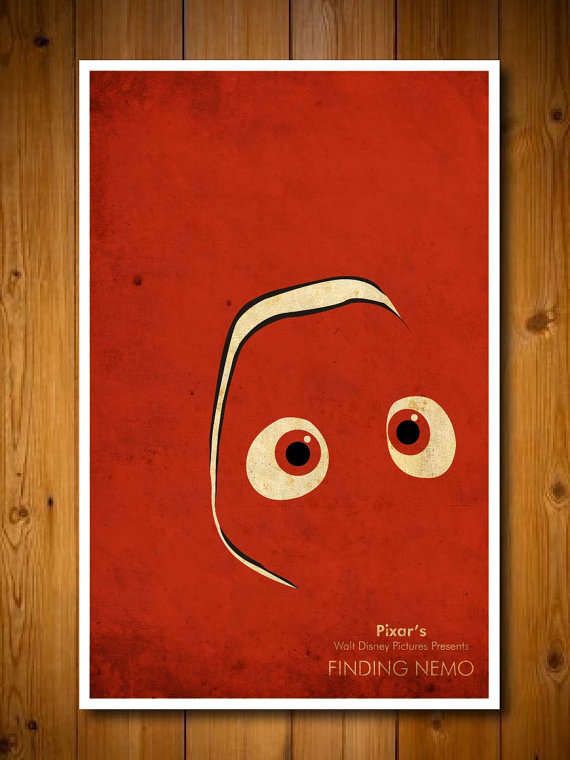 Ian Andrew Panganiban — April 18, 2013 — Pop Culture
References: etsy & geekcrafts
Share on Facebook Share on Twitter Share on LinkedIn Share on Pinterest
One's love for Disney characters never seems to fade away, whether it be for toys, clothes or Disney posters. These minimalist poster designs of beloved Disney characters showcase the endearing quality of each character that will be instantly recognizable by any fan of these movies.

The posters illustrate the distinct characteristics of each movie character that helps capture that timeless Disney magic that allures so many people. Created by Etsy seller Edmund, these minimalist poster designs are sure to bring back that childhood wonder of fantasy and imagination. The designs showcase popular characters from such classic films as Toy Story, Monsters, Inc., Ratatouille, Brave, Wall-E and Finding Nemo. With the upcoming Finding Dory sequel set to release in two years, it will only be a matter of time before the designer of these minimalist Disney posters creates a design for the loveable sea fish.