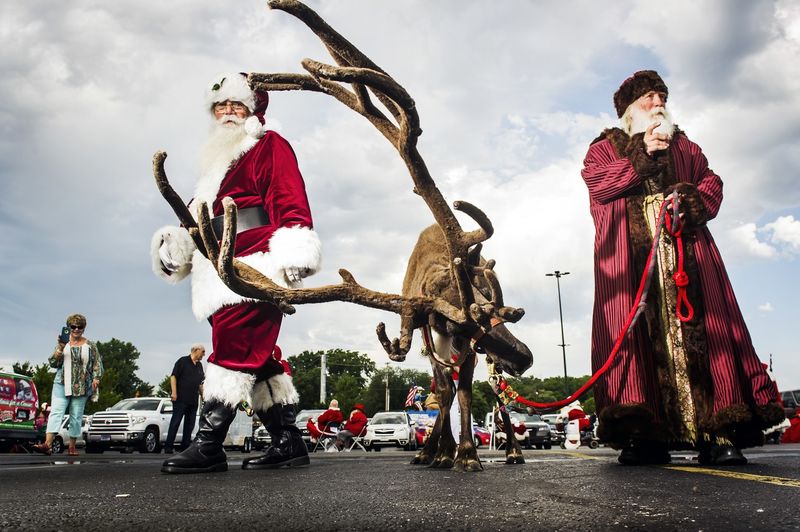 Joey Haar — November 28, 2016 — Unique
References: discoversanta2016 & wired
Share on Facebook Share on Twitter Share on LinkedIn Share on Pinterest
Santa Claus actors at malls and on street corners are one of the most jolly aspects of the holiday season, but Discover Santa 2016 shows that playing Santa can be a full-time gig. The convention, which took place in July, brings together people seriously committed to being the best possible Santa Claus.

Events at the convention include workshops and panels, vendor booths selling things like cooling vests and Santa suits, and the 'Sno-lympics' (a casual athletics tournament.) The convention as a whole is held as a benefit for the Toys for Tots organization.
3.7
Score
Popularity
Activity
Freshness
Get Trend Hunter Dashboard