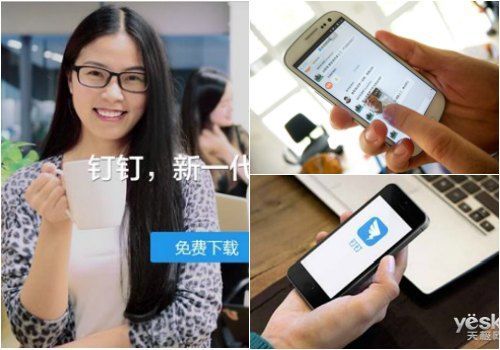 The Ding Ding App is Now Being Used by Chinese Workers

Mishal Omar — September 19, 2017 — Tech
References: whatsonweibo
Share on Facebook Share on Twitter Share on LinkedIn Share on Pinterest
The Ding Ding app is a messaging service that was launched to compete with China's popular WeChat messaging app, and not only is the company now offering its service in English and across more app stores, it is increasingly being used in offices in China to connect employees.

The app has been downloaded 50 million times, and is now often being used as a "smart mobile office." Employees at companies are able to use the app to message one another, to set up conference calls, and "as a program that makes it easy for employees to clock in and out of work, and for employers to check their whereabouts."

Not without its faults due to concerns that it opens employees up to too much policing by employers, the app is nonetheless proving itself to be an effective tool for workers to better collaborate and connect with one another.
2.1
Score
Popularity
Activity
Freshness
Attend Future Festival